After twenty years of efforts to return Colorado Boulevard in Eagle Rock its original design as a more people-centric, instead of car-centric place, things are finally starting happen. After decades of Colorado being treated by drivers as a freeway, after countless car crashes, and scores of needless deaths, Colorado Blvd is at last receiving much-needed safety measures. This past week, LADOT started what is the equivalent of stomach bypass surgery to the slanted six lane drag strip that is (soon to be was) Colorado Blvd. The much needed road diet has begun.

Championed by Los Angeles Council District 14 Councilmember Jose Huizar, the traffic-calming measures on Colorado Blvd have come about after much community input and design research. Part of the design is not just a road diet where the six multimodal lanes are reduced from six to four, but also the addition of a bike lane as part of the 2010 Los Angeles Bike Plan, two new crosswalks at key locations, a pedestrian beacon near Colombo’s on Hermosa Ave, “Your Speed” radar signs, added crosswalk islands, traffic signs, and 60 new bike racks. 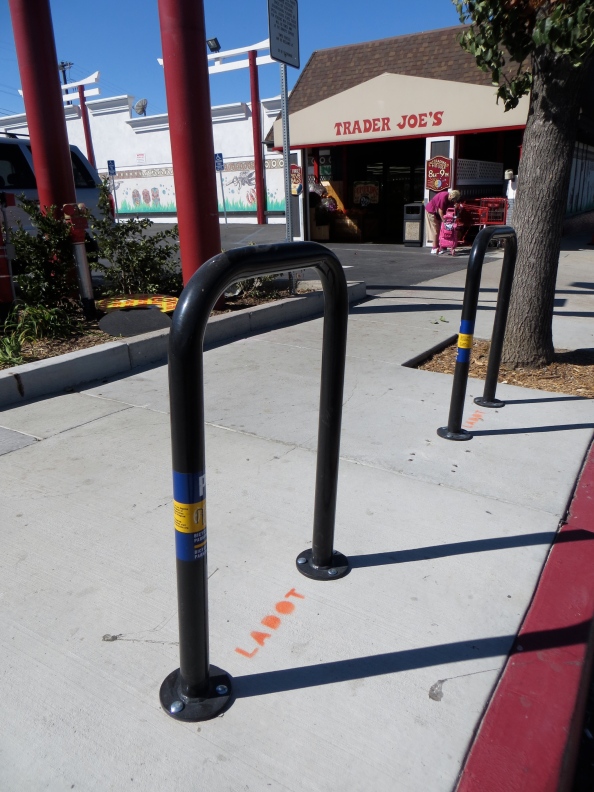 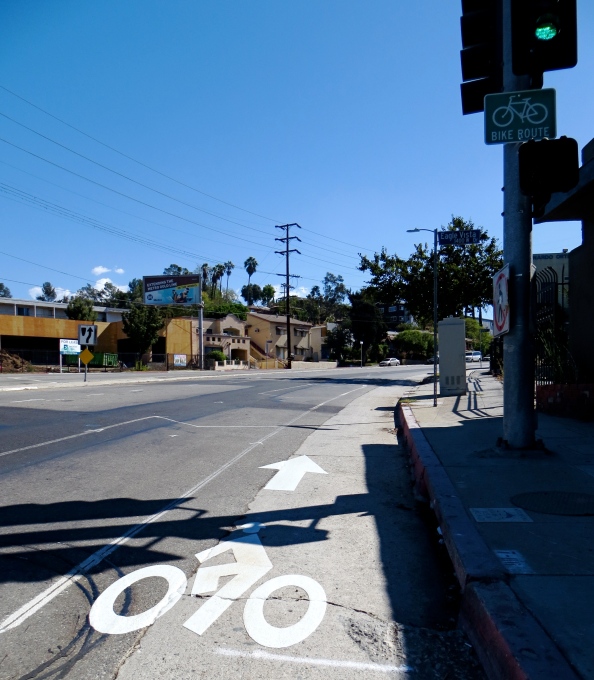 There may be a learning curve for drivers not used to change.

Saturday, September 29th from 2PM to 5PM, Council District 14, along with Take Back The Boulevard are hosting a Launch Party that will feature long-term vision plans that build upon these efforts for improving Colorado Blvd at Center For the Arts, Eagle Rock. Be there! 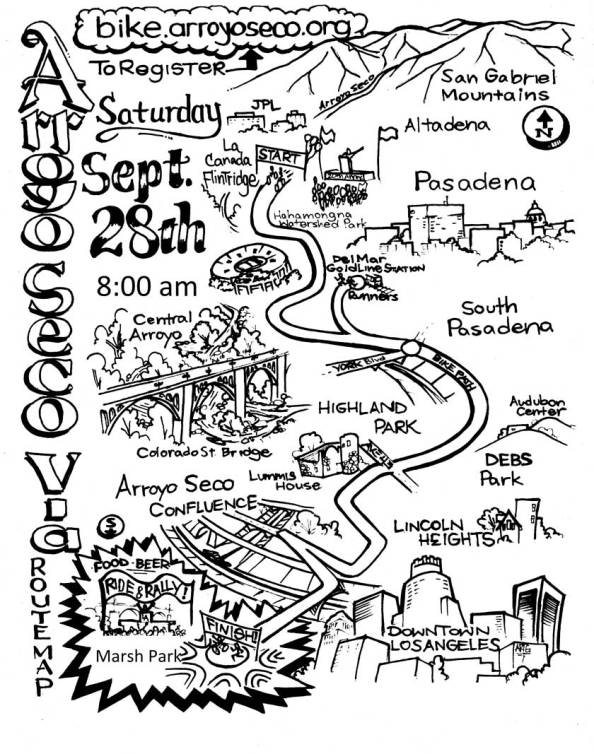 Saturday, September 28th at 8AM, the Arroyo Seco Foundation is organizing a group bike ride and run that they are calling Arroyo Seco Via. The bike ride starts at Hahamongna Watershed Park, and the run starts at Garfield Park in South Pasadena, then progresses along the Arroyo Seco and LA River to the LA River Rally at Marsh Park in Elysian Valley. The run and ride are to promote a car-free dedicated route between the San Gabriel Valley and downtown Los Angeles along with the potentiality of a restored, enhanced Arroyo Seco and Los Angles River.