This Thursday, June 12, 2014 at 6:30 p.m. at Franklin High School in Highland Park Councilman Gil Cedillo will hold a public meeting regarding the LADOT’s proposed road diet and bike lanes on North Figueroa Street. After the meeting, we have been told by Cedillo’s staff in personal communication, the councilman will render his verdict.

Such a strange “process” we’ve been through to get here! The bike lanes and road diet are already legally approved by the full LA City Council, they are already funded through a bicycle program set-aside in Measure R sales tax revenue, and they are already designed by the LADOT – how can Cedillo’s “approval” even matter at this late stage?

We’ll leave that one to the Larry Mantles, Warren Olneys, and Raphael Sonensheins of Los Angeles County to figure out.

In the meantime, what is it that we’re fighting for? What I mean is, what is the LADOT’s proposed road diet going to look like? Is it really that radical of a departure from what we have now on North Figueroa Street?

Take a look for yourself at these volunteer-created renderings of North Figueroa Street: 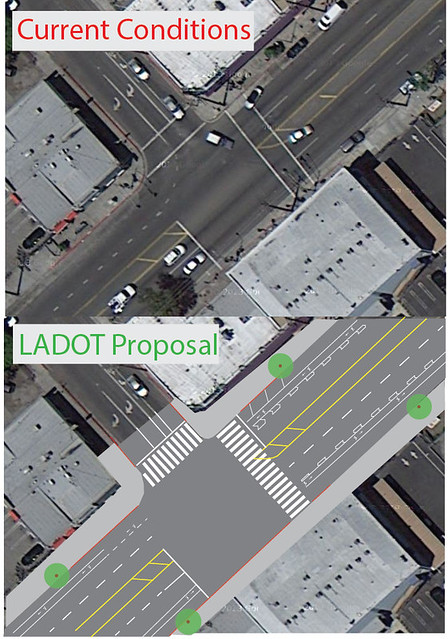 North Figueroa at Avenue 28 in Cypress Park as the LADOT plans it. Please note: the buffer for the bike lane disappears and a car lane re-appears heading South to allow more cars to access the 110 South and 5 South freeway entrances nearby. 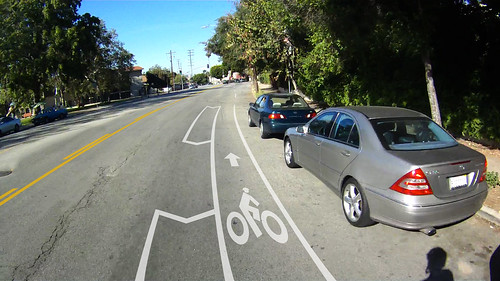 A photoshopped image of the what the LADOT’s proposed buffered bike lanes would look like at Woodside and North Figueroa (running alongside Sycamore Grove Park) heading South towards Downtown LA. 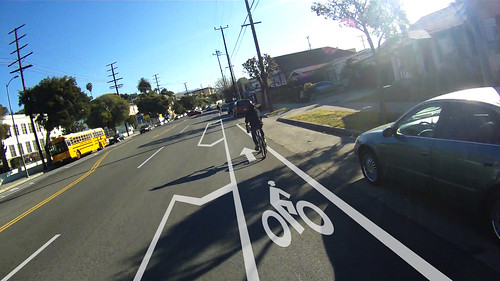 A photoshopped image of what the LADOT’s proposed buffered bike lanes would look like just past Cypress Avenue and North Figueroa (across the street from Nightingale Middle School) heading North towards Highland Park.

Here is one more image, this one is a bonus. This is an image of what Figueroa For All would like to see. That is, not just a buffered bike lane but a protected cycle track (!) with pocket parks, more crosswalks, curb ramps, bus pull-in areas, and some programs in local schools to get more kids walking and biking. We realize you can make a rendering of all that! Anyway, here is something to think about: 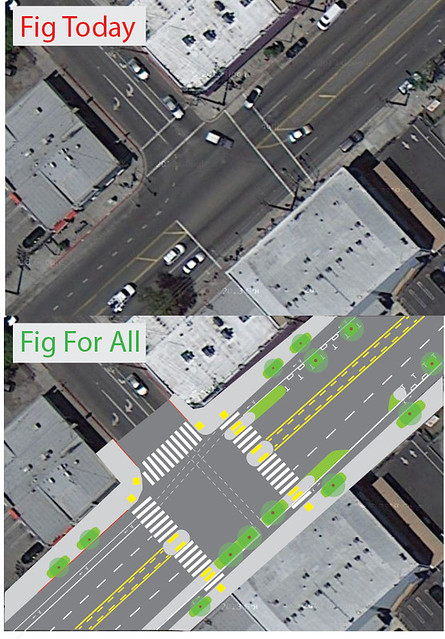 North Figueroa at Avenue 28 as Figueroa For All would like to see it: a design for everyone! Safety first! Humans and the best of city life at the heart of the design.

One thought on “What are we fighting for?”